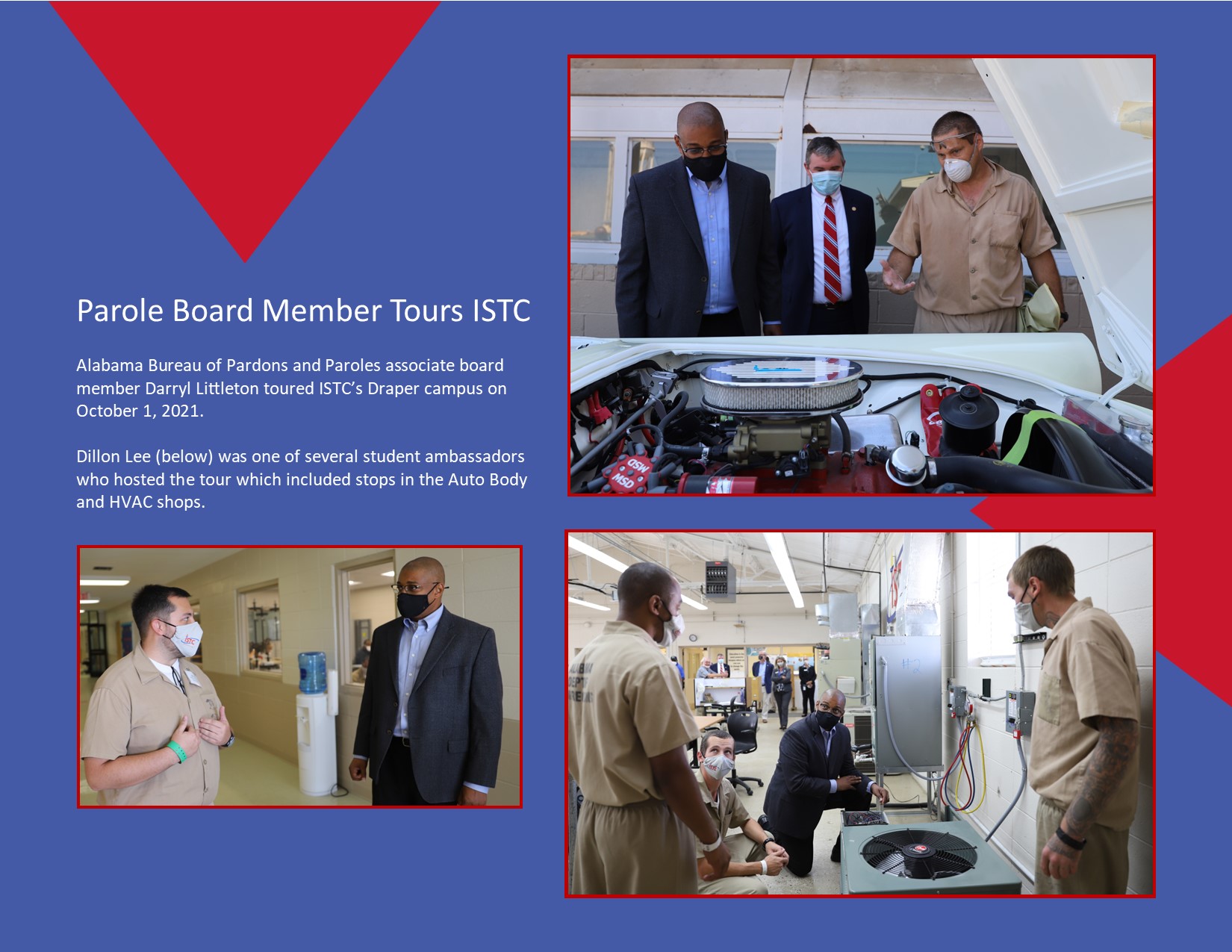 As legislators Friday, October 1, 2021 in a special session to consider the state’s prisons, representatives of the Alabama Bureau of Pardons and Paroles were on the campus of Ingram State Technical College to discuss a holistic approach to rehabilitation for Alabama’s incarcerated population.

ABPP associate board member Darryl Littleton and ABPP attorney Eric Anderson joined Christopher Reeder of Gov. Kay Ivey’s office for a discussion of the college’s prison to workforce pipeline and a look at programs offered on Ingram’s Draper campus.

The prison to workforce pipeline is a partnership between Ingram and the Alabama Department of Corrections, combining education with pre- and post-release employment as a means of reducing recidivism. “The philosophy behind the pipeline concept is to begin with the end  in mind,” Ingram president Annette Funderburk explained. “Focusing on what the student will need to be successful when they are released allows us to develop a comprehensive plan of action that starts early in their incarceration.” Funderburk said the Bureau of Pardons and Paroles plays a vital role in reducing the likelihood an inmate will return to prison.

Littleton, along with board chair Leigh Gwathney and associate member Dwayne Spurlock are tasked with making decision regarding parole for those incarcerated in the state’s prisons. “The information board members receive about parole candidates includes details of education and training completed at Ingram” said Funderburk. “Getting a first-hand look at our programs, meeting faculty and students gives context to that information.”