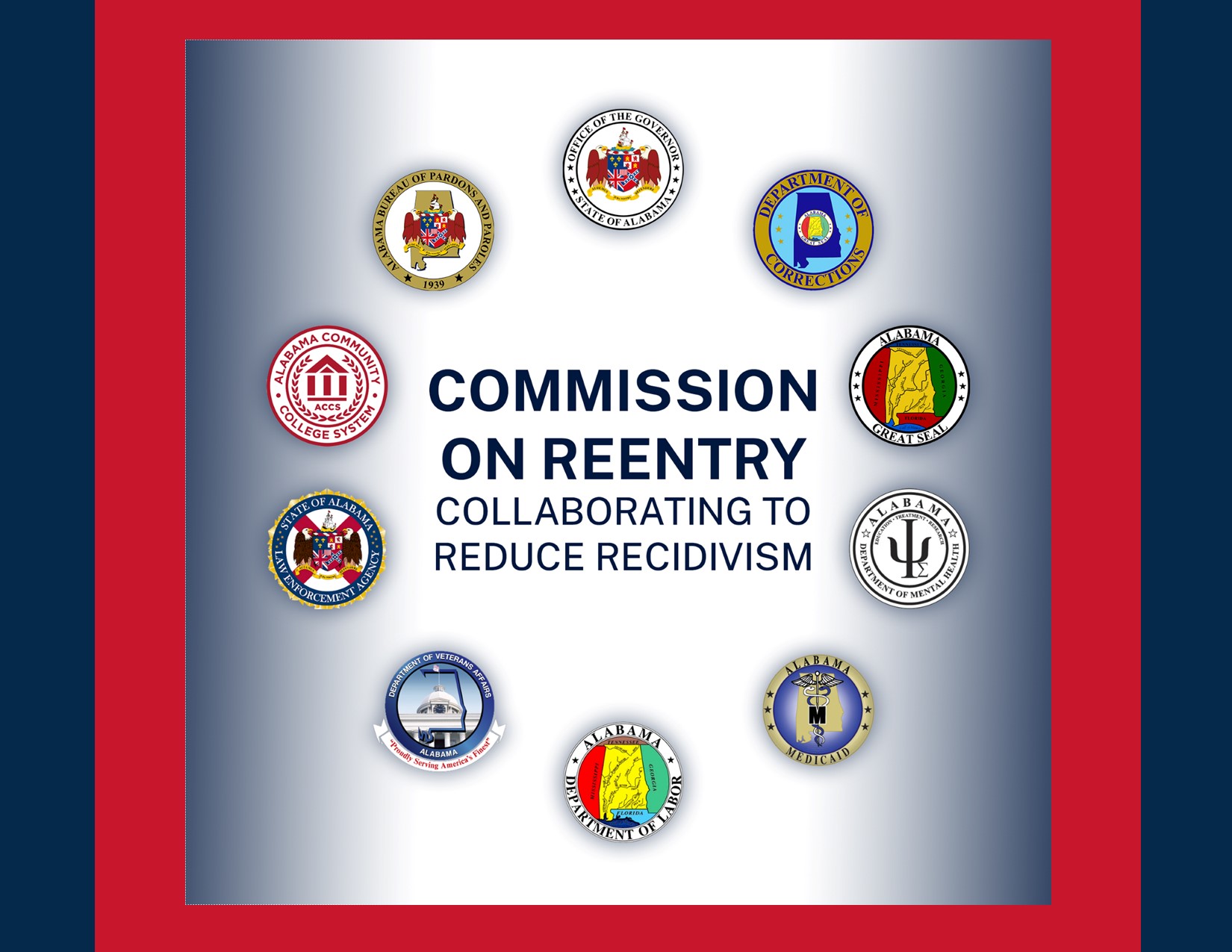 Senator Clyde Chambliss sponsored the legislature establishing the commission, which brings together representatives of state agencies, members of the Alabama House and Senate and law enforcement officials to impact recidivism across the state.

“This is the first committee of its kind that unifies state organizations for the primary goal of supporting previously incarcerated individuals in becoming productive citizens for the good of the state of Alabama,” said Alabama Bureau of Pardons and Parole Deputy Director of Parolee Rehabilitation Rebecca Bensema.

Funderburk said the commission is tasked with developing a strategic plan to make communities safer by reducing recidivism, assisting individuals who return from prison to become productive citizens, and saving taxpayer dollars by lowering both direct and collateral costs of incarceration.

“Over 90 percent of those incarcerated in Alabama’s prisons will be released back to the community,” said Funderburk. “Increasing access to essential services can significantly reduce the likelihood they will return to prison.

Ingram State has over 55 years’ experience delivering career technical education to incarcerated adults and is the nation’s only fully accredited two-year college serving incarcerated students exclusively. “We see first-hand the impact job skills have on a person’s success after prison,” said Funderburk. “But is it hard to be successful on the job if you don’t  have a place to live, a driver license or transportation to work. Successful reentry requires access to a variety of resources.”

The commission will promote partnerships among state agencies and other organizations to address unwarranted barriers to reentry, including those related to education and healthcare, and to deliver services in a cost-effective manner.