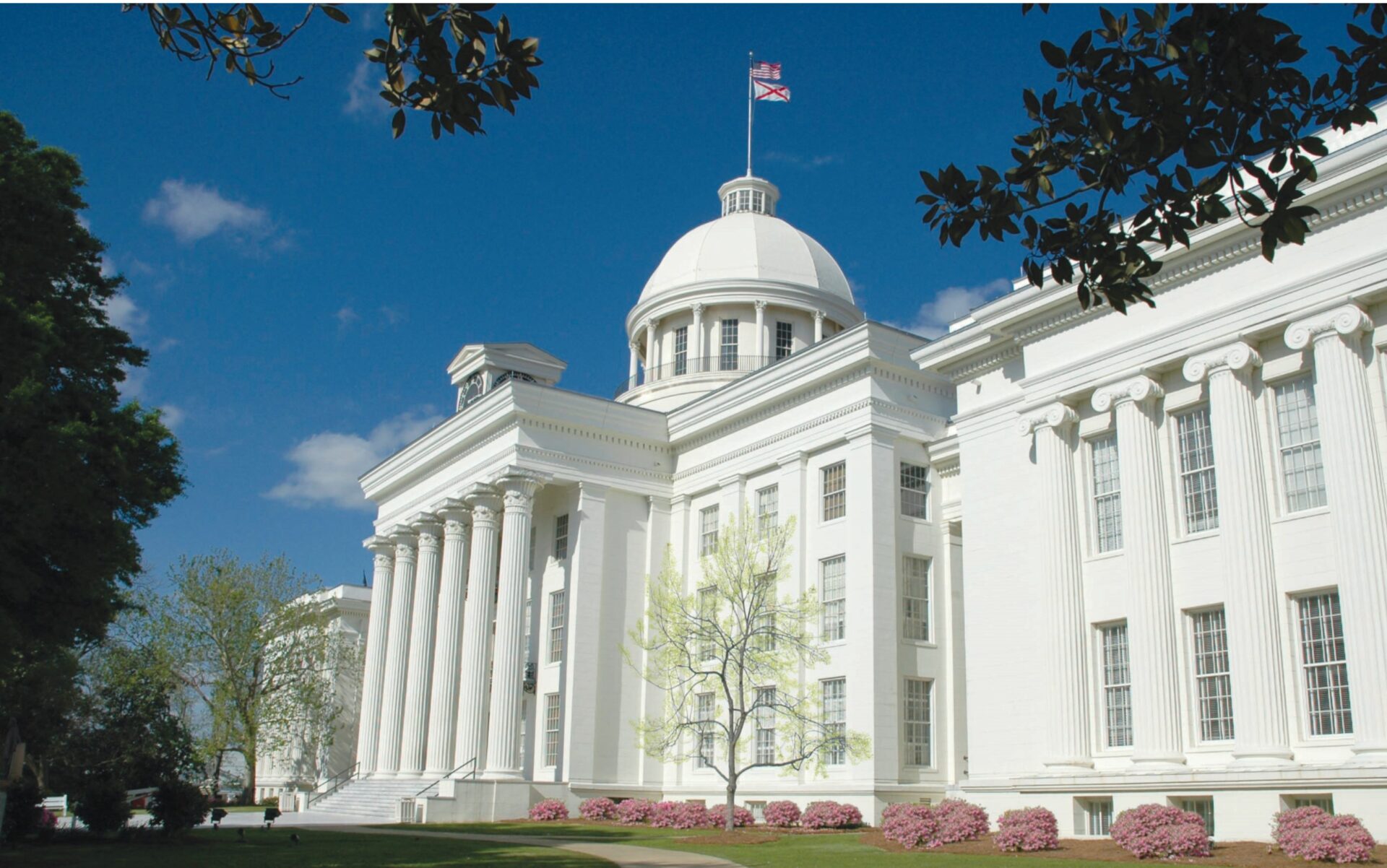 Governor Kay Ivey has announced establishment of the Alabama Prison Repurposing Commission to conduct a thorough evaluation of the Alabama Department of Corrections’ (ADOC) existing infrastructure.

The Commission will make recommendations as to which ADOC facilities should be retained and renovated as major correctional facilities, which could be renovated and repurposed for another use by the ADOC, and which should be repurposed to serve a new function, whether by another public entity or the private sector.

“The Alabama Prison Repurposing Commission will provide recommendations based on in-depth facility analysis considering both the impact on the state and local community as well the financial ramifications to potentially repurpose or decommission some of our current prison infrastructures,” Governor Kay Ivey said.

“As our Alabama Prison Program moves forward in building three new prisons to provide additional safety for correctional staff and inmates, we will simultaneously need to smartly and safely repurpose or decommission these outdated, aging prisons, many of which were never designed or constructed to be correctional facilities for their current use or capacity.

“I’m confident this commission, which is comprised of a broad, experienced and diverse group of individuals who represent all regions of our state, will accomplish its mission effectively on behalf of the people of Alabama. This process will allow both public officials as well as members of the general public to have a meaningful voice in the future of our existing prison infrastructure.”

Alabama is revitalizing its corrections system by replacing prison facilities that pose the greatest risk to public safety, place the largest financial burdens on taxpayers, and inhibit development of programs for inmate rehabilitation. Governor Ivey and the ADOC previously announced the successful developer teams who submitted proposals in May in response to the ADOC’s Request for Proposal (RFP) to improve the state’s prison infrastructure.

The Alabama Prison Repurposing Commission will present a detailed report including recommendations for the future of each existing male prison facility. This report will be delivered to the Governor, the President Pro Tempore of the Senate, the Speaker of the House of Representatives, and the Commissioner of Corrections on or before September 1, 2023, or 90 days after the Commissioner certifies to the Commission that construction on the final prison is complete.

Implementation of the Commission’s recommendations will then begin approximately six months later unless the Commissioner of Corrections modifies them after providing detailed justifications in writing to the Governor and legislative leadership.

Sen. Greg Albritton is Chairman of the Senate Finance and Taxation General Fund Committee and was elected to represent District 22 in the Alabama Senate, which includes Baldwin, Clarke, Escambia, Monroe, and Washington counties. Senator Albritton previously served in the House of Representatives and is a retired Commander in the U.S. Navy.  He is an attorney and a graduate of the Thomas B. Goode Jones School of Law.

Ben Baxley currently serves as Chief of the Opinions Division in the Alabama Attorney General’s Office. He previously served as the Deputy Chief of the Criminal Division in the office of the United States Attorney for the Middle District of Alabama. After graduating from the University of Alabama School of Law, Baxley began his legal career with the Tuscaloosa County District Attorney’s Office and worked as Chief Deputy District Attorney for DeKalb and Cherokee counties.

Sen. Linda Coleman-Madison was elected to represent District 20 of the Alabama Senate, which includes Jefferson County. She previously served one term in the Alabama House of Representatives and three terms on the Birmingham City Council. She recently retired from the City of Birmingham as the Americans with Disabilities Compliance Administrator. Sen. Coleman-Madison received her Bachelor of Science degree from Alabama A&M University, and her Master of Arts degree from the University of Alabama at Birmingham.  She serves as the Ranking Minority Member of both the Senate Finance and Taxation General Fund and Governmental Affairs Committees.

Harold Crouch is currently the mayor of Chatom where he has served for 24 years. He was previously on the City Council for two terms. He has also taught government, history, and economics.

Darius Foster is the CEO & Co-Founder of H2T Digital. He received a BS in Business Administration from Miles College and a GC in Business Strategies for Social Impact from The Wharton School. He is a current member of the Board of Directors for the Business Council of Alabama as well as a former Commissioner of the Alabama Commission of Higher Education.

Annette Funderburk is the President of Ingram State Technical College which serves a 100 percent incarcerated adult population that delivers career technical, GED and job skills training at six locations across Alabama. She previously served nearly 10 years within the Alabama Community College System where her most recent role was Director of External Affairs. Before working within the two-year college System, Funderburk served in several roles related to local government including a Municipal Consultant, responsible for securing grant funds for infrastructure and development projects, as well as a County Administrator for the Tallapoosa County Commission. Funderburk has a Bachelor of Business Administration from the University of Montevallo and a Master’s in Public Administration from Troy University.

Rep. Kelvin Lawrence was elected to represent District 69 of the Alabama House of Representatives which includes Autauga, Lowndes, Montgomery and Wilcox counties. He previously served as the Mayor of Hayneville and worked as a home builder as well as owning several Subway sandwich shop franchises.  He serves on the Ways and Means General Fund and State Government Committees in the House of Representatives.

Merceria Ludgood currently serves as a Mobile County Commissioner, District One, attorney and civic leader. She earned her Bachelor of Science degree from the University of Alabama, followed by a Master of Arts degree. She earned her law degree from the Antioch School of Law. An avid supporter of higher education, Ludgood also earned a Master of Divinity degree from the Alabama Interdenominational Seminary in 1990.Ludgood is the recipient of numerous honors and awards, including being selected for Leadership Mobile, Leadership Alabama and the prestigious Kellogg National Leadership Fellowship. The commissioner has distinguished herself as a member of the inaugural class of “Herstory of Mobile,” a Museum of Mobile project recognizing the outstanding contributions of women to the social, economic and cultural heritage of the Gulf Coast region.

Walter Givhan, Maj. Gen., USAF (Retired) currently serves as Senior Vice Chancellor for Advancement and Economic Development at Troy University. Heis also the Commander of the Curtis E. LeMay Center for Doctrine Development and Education and Vice Commander of Air University at Maxwell Air Force Base. The center is responsible for the research, development, and production of Air Force doctrine and input for joint and multinational doctrine development activities. The center is also responsible for advocating the proper doctrinal representation of airpower in exercise scenarios, war games, models and simulations, and providing policy and guidance of Air Force doctrine through education and focused outreach. Air University is responsible for Air Force enlisted and officer professional military education, professional continuing education and graduate education, as well as officer commissioning through Officer Training School and the Reserve Officer Training Corps. General Givhan, a native of Safford, Ala., graduated from Morgan Academy in Selma, Ala., and the University of the South in Sewanee, Tenn., where he was a National Merit Scholar.

Allen G. Peck, Lt Gen., USAF (Retired) is an Assistant Professor in the Department of Airpower and General George Kenney Chair at the United States Air Force’s Air Command and Staff College (ACSC). In addition to instructing the Airpower Studies courses, Peck has taught the Joint Warfighting and Leadership Development core curriculum courses at ACSC. He also serves as co-facilitator for the joint Air War College/ Air Command and Staff College Airpower Vistas Research Task Force joint elective. Peck served for 36 years on active duty in the USAF, flying the air-to-air and air-to-surface variants of the F-15. He was a key planner for NATO’s Kosovo operation, and later served as Deputy Combined Force Air Component Commander at Al Udeid Airbase, Qatar. Peck holds an MS in Operations Research from the Air Force Institute of Technology, an MA in International Relations from Salve Regina University, and is currently a Ph.D. candidate at Embry-Riddle Aeronautical University.

Kyes Stevens is the Founder and Director of the Alabama Prison Arts + Education Project at Auburn University.  Starting in 2001, she has worked to design and build an innovative and sustainable outreach program that works with the underserved adult prison population in Alabama. Stevens oversees all aspects of APAEP programming. She has served as a grants reviewer for the National Endowment for the Arts and the Alabama State Council on the Arts, was an inaugural member of an emerging arts administrators organization in Alabama, and works in advisory capacities nationally for individuals and programs seeking to develop arts and education programming within prisons. She is the fourth generation of her family to work in Outreach at Auburn University and was awarded an Auburn University Young Alumni Award for her efforts building APAEP. She was also an inaugural recipient of the Lillian E. Smith Writer in Service Award and continues to publish poems.

Willie Williams, Lt. Gen., USMC (Retired) is a senior consultant and Owner/President of Williams Consulting, LLC based in Huntsville assisting the Department of Defense-supporting contractors and industries in strategic business development. Williams previously served as the Chief of the Marine Corps Staff, Headquarters Marine Corps, Washington, DC, where he was responsible for day-to-day operations at headquarters, coordinating decision-making association activities across internal and external staffs of, in addition to the Marin Corps, principal assistant and adviser to the Commandant and the Assistant Commandant of the Marine Corps as they led and managed its 200,000 members, and their military readiness effectiveness. Willie was commissioned into the officer ranks after earning his Bachelor of Arts (Cum Laude) in Business Administration from Stillman College. He also holds a MBA from National University and a MS in Strategic Resources Management from Industrial College of the Armed Forces at National Defense University.